Not a bad review(1) here of Brexit, short portion;

Britain’s Democratic FailureBy Kenneth Rogoff, Professor of Economics and Public Policy at Harvard University and recipient of the 2011 Deutsche Bank Prize in Financial Economics, was the chief economist of the International Monetary Fund from 2001 to 2003. CAMBRIDGE – The real lunacy of the United Kingdom’s vote to leave the European Union was not that British leaders dared to ask their populace to weigh the benefits of membership against the immigration pressures it presents. Rather, it was the absurdly low bar for exit, requiring only a simple majority. Given voter turnout of 70%, this meant that the leave campaign won with only 36% of eligible voters backing it.This isn’t democracy; it is Russian roulette for republics. A decision of enormous consequence – far greater even than amending a country’s constitution (of course, the United Kingdom lacks a written one) – has been made without any appropriate checks and balances.

(1) https://www.project-syndicate.org/commentary/brexit-democratic-failure-for-uk-by-kenneth-rogoff-2016-06
Posted by Unknown at 18:42 No comments:

Blairites are covertly campaigning to lose Labour the May elections 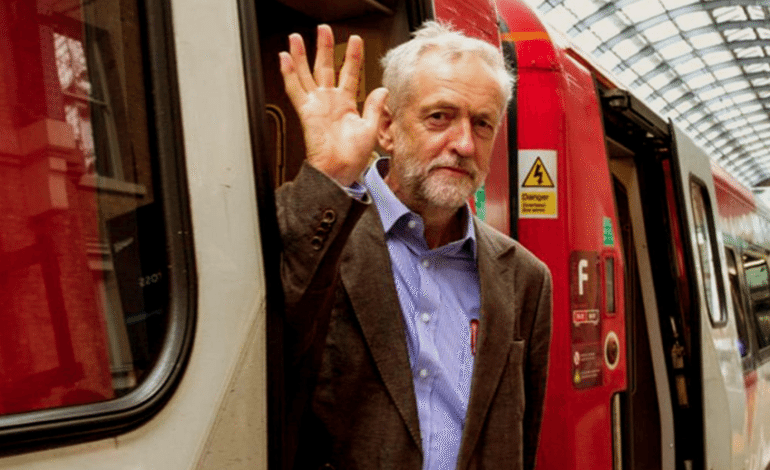 Campaigning for the May 2016 elections has now officially begun. But a few desperate Blairites are working to lose Labour seats in those elections, according to some reports – all so they can try to oust Jeremy Corbyn as leader.
Tucked away in an article about Corbyn and the May local elections, the BBC reports:

But privately some in Labour’s ranks have been wondering whether to “take the foot off the gas” when it comes to campaigning because a poorer result could convince some of the newer members of the party that Jeremy Corbyn is indeed unelectable in large parts of England, outside London.

This little paragraph is included almost as an aside. But if true, it is explosive. It shows that individuals within Labour are considering sabotaging their own party’s prospects in the Welsh Assembly, Scottish Parliament, English council and London Mayoral elections so they can oust a leader they dislike.
Ten days ago, Labour’s John Prescott made a more explicit accusation in The Mirror, with his trademark bluntness [my emphasis]:

Sadly, a small number of MPs – I call them Bitterites – are still desperate to remove Corbyn. They’re gutted the Tories are in chaos and Labour edging ahead. The main Bitterite MPs – whose only “skill” seems to have been Press spokesmen for Blair and Brown – want to drive down Labour’s standing in the polls and encourage bad results in this May’s elections.

The Blairites are unhappy. Despite their best efforts, the “unelectable” Jeremy Corbyn won the Labour leadership election by a landslide. He caught the party’s – and the voting public’s – imagination in a way that none of his Blairite and Brownite rivals could. So they found themselves lumbered with a leader who stands for everything they hate.
What to do? Well, at first they decided to give Corbyn enough rope and time to hang himself. That has not gone well. Despite an overwhelming media onslaught and countless briefings against him from his own party, Corbyn has taken a lead over David Cameron and the Conservative party in the polls, even before those polls reflect the fallout from the Panama Papers. His policies are popular, and he has won a series ofvictories against the government. All of this, reportedly, has led most Labour MPs to believe that Corbyn is set to stay for the long haul.
But a few MPs are still agitating for a coup. And now they are pinning their hopes on the May elections – specifically, on their own party crashing and burning in the May elections. While nobody is likely to try and stage a coup until after the EU referendum in June, anonymous sources have briefed that they will try to depose him before the Labour party conference in September. And poor results for Labour in the May elections, they seem to think, would lay the groundwork perfectly.
While it’s a deeply cynical position – and a futile one, given both Corbyn’s promise that he will stay on the ballot paper and his ever-increasing popularity among party members – those taking it would say they just want Labour to be electable in the longer-term.(1)
Outrageous. This is political party treason. I hope they get de-selected

The Right Dishonourable Podcast is a relatively good, well done, interesting (for me at least, IMO) podcast on social & cultural issues. 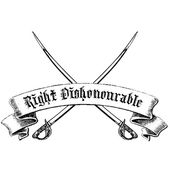 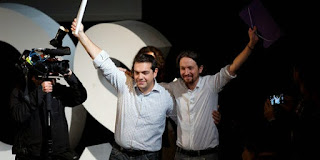 He's in the lead still, even more, now that the first GOP debate has been held by FNC. He was criticised for his answer to Ms. Kelly on women and responded on Twitter and the press https://www.youtube.com/watch?v=HY1SePRIZKc.

But there are larger issues the GOP in the USA ought to consider;

However, Trump’s ugly bombast is a distraction from a far more serious problem for the GOP. Three years after Romney lost the women’s vote by a double-digit margin, in part because of his support for defunding Planned Parenthood, the presidential debates last week made clear Republicans have only become more disrespectful toward women’s bodies, more deranged in their hatred of Planned Parenthood, and more dismissive of female voters.(1)


Note:
(1) http://www.thenation.com/article/the-gops-contempt-for-women/
Posted by Unknown at 07:03 No comments:

Their performances in hearings demonstrates they can't handle international diplomacy or negotiations, etc

Link: Slate.com article 'Not Fit to Lead'
Posted by Unknown at 22:15 No comments:

Just mt view, the French get more flak than they deserve. Though with the Calais problem(1)  they do deserve it, but not elsewhere.